Be the change, edit yourself!

The tool will be realized in several rounds:
During the first round participants will be able to get of each other's national characteristics through interviews, discussions with each other. For example, Hungarian participant takes note during the discussion with Georgian participants that how do behave Georgian boys, while talking with girls or how girls behave themselves, while talking with boys. Or, for example, how European teachers explain lessons. Participants should note features that is unlike their behavior or mentality. Participants should be informed all of these topics before the activity (it can be done through breaks or before coming to the project) in order to manage the first round maximum in 20 minutes.
Second round will be role-making, training: For example, Caucasian participant will play a role of European democratic citizen, who talks about issues like European Citizenship, Intercultural Learning or migration and Hungarian participant will be as a typical, traditional Caucasian . They will be given tasks to discuss, train about youth problems but in their given roles. European trainer-10 minutes, Caucasian trainer-10 minutes.
Third round will be dialogue again among participants. After having their roles in separate trainings, talking about above mentioned issues, they will have talk to each other: Case 1: A Caucasian migrant tries to escape to Europe out of law and European officer rejects his visit. Of course, Caucasian participant will play a role of European officer and visa versa. Before making a dialogue and playing a role, participants should be well-informed about migration law (I shall bring printed materials with me) in EU and ask about practice from their friends or finding information from internet during 1-st round (5 minutes). Case 2: European student has come to participate in Caucasian summer school and his/her roommate is Caucasian (Preferably, that dialogues would be made in humorous atmosphere in order to remembered typical features) (5 minutes). Case 3: EU citizen and Caucasian were lost in of the eastern European cities (3 participants: 1 EU citizen, 1 Caucasian, 1 eastern European) (5-10 minutes). They must help each other to solve the problem. 5 minutes Break, during which:
It will be dedicated for summing up what participants learnt from their roles, what values or characteristics they would take from their roles as new values. Each trainer, dialogue-maker (participant) should write on paper key words (characteristic features) that he would like to bring it with him. For example, European role-maker, who played as Caucasian, writes that he would bring from his Caucasian role a hospitality and will give to Caucasians from his values European freedom of mind.
In The last round will be the summing up the results. Other participants would be juries and after following the role-making game would decide who was the best Caucasian trainer and European trainer and who was the best Caucasian player and European player from dialogues (10 minutes).
The best 4 role-players will be given presents, gifts. (10 minutes)

For realizing this project I need а notebook and projector, also dynamics in order to play songs. Preferably, that we would have free Wi-Fi source. I shall bring music with me, necessary for the project. Preferably that Europeans will bring the flag of EU or something characterizing typical Europe (Eastern and Western European characteristic things) and Caucasian should bring something that will describe Caucasus. During presentation it will be nice to see.

The result is preferably be that each participant of the tool will add some national charecteristic features, about which he never would even think. The result is cultural exchage values and feeling the change in ourselves. The resyult must be felt after backing to our countries, when that learnt values will be used in our works and way of lives.

Of course, it should be evaluated as it's the first time that the tool is realized. I have tried to do it with the member of my organization just for practical view but it hasn't been yet performed. So, I shall be very thankful if you would mention advantages, disadvantages of my tool as it should be progressed and improved for further performances.

I would like delivere a WORKING WITH TOOLS workshop. I would like to implement the tool with the participants in the mentioned time.I haven't used the tool yet. The impementation need to be done in 60-90 minutes.

ani_ghukasyan, toolfair.pdf
Rating:
0
No votes yet
Share this tool by
Add a new version of this toolTranslate this tool 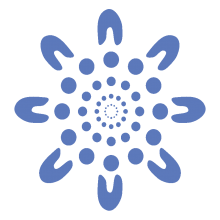 Preferably that people of about 20-35 years old would be included in this tool. 9-10 people should participate. Participants should be as from towns, as from deep villages as well. Among participants must be EU citizens, participants from Eastern Europe and Caucasus (Southern Caucasus). They should be well-informed about "What is civilization", "What is European citizen", "What is education", "What is migration and intercultural exchange learning".

The tool was created by
Ani Ghukasyan
in the context of (background):

Communicating with foreigners in my all day round, I found out that though globalization plays a leading role in 21-th century, however, European citizen differs with his/her mentality, for example, from the mentality of Caucasian guy. So, it's a time to exchange values and to change something in ourselves. I don't want peoples or nations be the same, but there are some values among different kind of nations which should be exchanged adding something new in our characteristic or national features, which will make peoples to escape from different kind of civilizational disagreements and understand that Earth belongs to everyone.