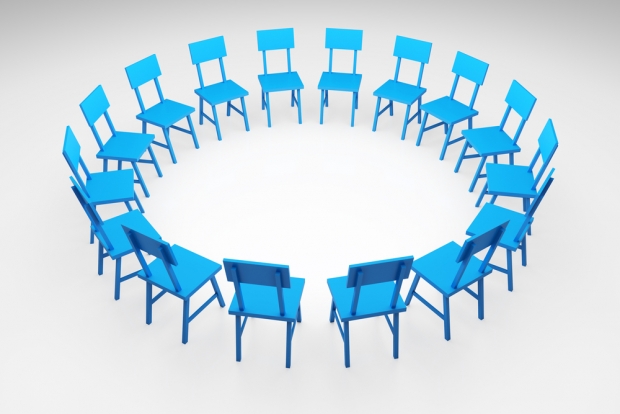 Students + teacher + chairs + tables + blackboard = university class, right? This is the first image we have when thinking about classroom-based learning. Educational institutions are often related to formal learning approaches in which working settings are defined and methodology is basically frontal – from the teacher to students - having degrees or diplomas as a final goal. But what if students learn by experience rather than listen to an input?

What if a circle where everybody can see each other replaces chairs and tables lined up? What if students’ needs are taken into consideration in the regular curriculum? Turbulence! A lot of turbulence! At first, this is the main feeling for students, teachers, institution… and for us (trainers/facilitators) who intervene in such settings. However the results of this shaking up of the status quo can be quite positive and enriching if we manage to jump over two strong barriers called “resistance to change” and “old patterns of learning”.

Last year, the Youth Express Network (20 years of using NFL (non-formal learning) to fight for social inclusion young people in Europe, www.y-e-n.net ) was invited to integrate a programme on intercultural competencies for chemistry students from the Universities of Mulhouse (France) and Freiburg (Germany). The aim was to equip students with tools to facilitate their access to and integration in the cross-border labour market of the Upper Rhine Region (France-Germany-Switzerland). It means that besides the chemistry curriculum, the students were also required to attend key competences-oriented classes such as: intercultural debriefing and team management.

The classes were composed of French and German students who were supposed to live and study the first year in France (Mulhouse), the second year in Germany (Freiburg) and choose one of these countries for the third year. The added value of this programme is to graduate in Chemistry and acquire at the same time social and intercultural competencies, such as communication skills, knowledge about the neighbouring country and culture, multicultural teamwork experience.

We, Véronique Bertholle (Youth Express Network coordinator) and Manuela Costeira (Youth Express Network Project & Communication manager) accepted to meet the challenge. In this article we present our experience and challenges in running classes on intercultural debriefing (taking place in France but with German as working language) and team management (taking place in Germany but with English as working language) for 1st and 2nd year students in Chemistry. We will focus on essential principles of non-formal learning and its (im)possible (?) implementation in a formal setting, taking into consideration form and content and will try to give some conclusions about this experience that has changed us.

1 – “In theory, theory and practice are the same. In practice, they are not”. Albert Einstein

“Teaching” at the University confronted us  with the challenge of recapturing the essence of NFL, after many years of conducting non-formal educational projects all over Europe. Out of deep conviction in the power of such learning, these principles had become for us as vital as the air that we breathe so that we don’t question them anymore and we had forgotten that they are not obvious for everyone… especially not for students locked in the formal education system for the past 15 years.

It was hard for both of us to respect strictly ALL the principles we believe in and we asked ourselves many times “Are we betraying NFL if the participation of the chemistry students to our sessions is not voluntary?”. Meaning that it was compulsory for them to attend the sessions. Considering that they were at least volunteers to learn through their status of students, I (Véronique) decided not to check if they signed the list of attendance or not, never reported to the University administration how many students were missing per session ;-) and never forced anyone to participate in an exercise or debate if they were unwilling.

I (Manuela), after trying several methods to encourage the students to speak in plenary debriefings, with no convincing results (it was always the same 4 or 5 people taking the floor and the other 20 completely silent), I decided to split them in different small groups, put some questions and let them speak and share, if they wanted to, without reporting to the plenary group if they didn’t feel like it. This worked better…

After letting go the sacrosanct principle of voluntary-based learning, we both found little tricks to adapt and compromise in order to keep the spirit of NFL.

One year of University has passed and our preliminary conclusions are that it seems non-negotiable for NFL implemented in formal education settings that it is learner-centred, guided with objectives defined, it has experiential learning at its core and seeks for balance between individual and group learning….

The University administration and teachers gave us carte blanche to work with the students. For instance, we had easy access to post-its, markers and flipcharts, and we could work outside if we wanted. Most surprisingly, the resistance came from the students themselves. They expected us to be and to behave like their other teachers. Very few of them had already experienced NFL and knew what is a trainer / facilitator / coach. It seemed like there were miles between us. I (Véronique) had never felt so much distance from the group I was facilitating. The students expected answers from me where I had only questions for them. They wanted to be treated with discipline when I based my work on interaction, dialogue, and mediation with them. They wanted to learn “the truth from the books” when I could only propose such tools as their own experience, practice and experimentation, their own truth. They were used to operate on their own to pass exams when I was encouraging them to engage in collaboration and teamwork. They wanted me to guide their learning when I was pushing for more creativity, discovery and responsibility from them. The lack of informal time to build more personal relationships with the students and create trust really handicapped me. It took me nine months to “meet” them. The University year ended when we were finally speaking the same language. To be continued…

My second course (Manuela) took place on the 9th floor of the Freiburg University building, called “the tower”, where a chemistry lab was situated. The room was completely white, chairs and tables lined up, two projectors and a big board. I asked students to move the tables and make a circle. Their reaction was not the most enthusiastic to start a three-hour class: “Ah No! Circle again?”; “I hate circles!”, and also different sounds (Puff!) and grimaces… This resistance continued and, in the next class, one of the students came to me and asked with great commitment: “Can I ask you something? This is not only for me, but for most of the students here: Can we NOT make a circle today?”. I decided to compromise and try to work with the settings they were used to: chairs and tables aligned, Powerpoint presentation and some group discussions. It was surely much more comfortable for most of them but not satisfying for me. They calmed down although became also very passive – most of them interacting more with their mobile phones than with the group. For the following classes, I decided to experiment: neither big circle or tables and chairs aligned. Rather: small working groups (five chairs around one table). And it worked much better! No need to confront the whole group in a circle but rather let them express when they wanted in a small group without “teacher” facilitation.

According to the University curriculum, the team management classes were compulsory and students should be rated in the end. The coordinator of the programme advised me to grade according to their level of acquired competencies during the course. However, my biggest concern was: how to evaluate someone else’s level of gained competencies? And if so, how to be fair with them? Use participation-based evaluation? Final exam? It was very hard to make a decision. Finally, I asked them to work in groups and to present a common project on team management. I evaluated the pertinence of the topic, the creativity of the presentation project and the teamwork. Grades were done per group. I am not yet convinced if it was the right choice, but a compromise between the defined rules of the academic system and my own approach on how to evaluate a learning process.

After 40 hours of NFL and according to their own evaluation, the students claim that they:

For us, coming back to the University - the Temple of Knowledge that we left more than 10 years ago - it was, above all, a refreshing reflection process about what is learning and how to give access to it? This process is “still under construction”… and we ready to continue the adventure for a second year.

“What avail is it to win prescribed amounts of information about geography and history, to win the ability to read and write, if in the process the individual loses his/her own soul: loses his/her appreciation of things worth while, of the values to which these things are relative; if he/she loses desire to apply what he/she has learned, and, above all, loses the ability to extract meaning from his/her future experiences as they occur?” John Dervey 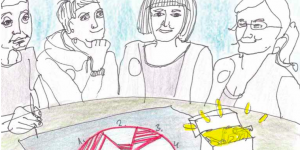 Objective setting for Tools for Learning 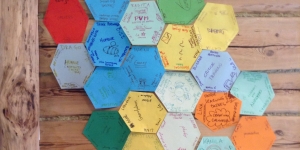 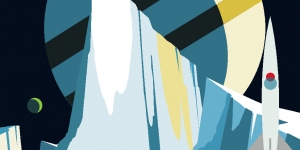