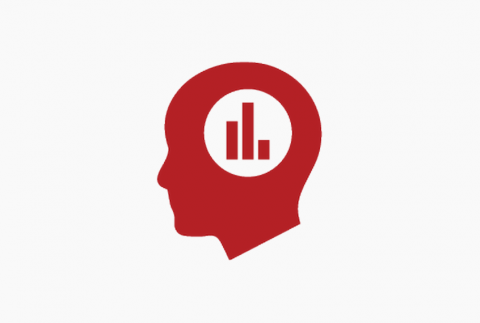 We are constantly looking for presenters who understand the field and the theme of the Tool Fair or one of the priority items chosen for each edition, who can bring some new/different/peculiar perspectives and get the participants thinking in a new/different/peculiar way about the theme. Excellent communicators in English with really useful, relevant and interesting things to say.

The Talks last between 15 and 18 minutes maximum and usually include visuals, audio or the use of support materials. The TF TALK will be recorded by the communication team of the Tool Fair and the edited versions will be published in SALTO Educational Tools Portal and via social networks.

In the 2018 edition the Tool Fair Talks will be presented by:

Benjamin Perasovic (HR).  Ben is scientific advisor at the Institute of Social Sciences Ivo Pilar in Zagreb, Croatia and associate professor at Kinesiological Faculty at University of Zagreb. His book ‘Urban Tribes – Sociology of Youth Subcultures in Croatia’ was awarded by the Ministry of Science of Republic of Croatia in 2002. He was president of an NGO doing harm reduction in the field of drugs. He is also, sporadically, a DJ on roots reggae/dub and trance scene.

Ben’s TF Talk will be entitled: Empowerment in ultras subculture: between isolation and social engagement.  Ultras subcultures exist across the world, mostly around football; providing identification and empowerment for young people. Key elements of ultras subcultures are: passionate support of the team home and away, large choreographies at the stadium, banners and flags, chanting and singing through the whole match, use of flares, smoke bombs and other pyrotechnics (despite the fact that it is illegal in most of the countries) in many cases also fights with other ultras groups and police, sometimes political affiliations. While subcultural empowerment is expected and manifested on each match, especially during collective trips to away matches, it could remain isolated within the borders of ultras subculture, empowering individuals and their subcultural identity but deepening the gap between the group and mainstream society. On the other hand, most members of ultras subculture are also part of the broader social movement known for its frequently used slogan – 'Against modern football'. In the Croatian context, ultras subculture became a social actor, stepping out of its own borders and rivalries, initializing broader social movement against corruption in Croatian society. If the dominant social mood remains based on 'bread and circuses', they will go back to isolation again.


Marko Kangas (FI). Marko works in Aretai; a consulting organisation that is working on develop coaching in youth work and NGO fields. Together with colleagues, Marko developed a methodology for Democracy Dialogue which is used in the field of Politics. The method has been published in a book and was used for training Parliamentary representatives in Finland following the rise in right wing views in the country.

Marko’s TF Talk will be entitled: Dialogue Skills for Promoting Democracy for Young People. Our societies are tackling problems of democracy and the lack spaces for real dialogue. Different and extreme voices and opinions are getting stronger but we are not fully aware how to deal with them. In this presentation, I argue that it is important to understand how youth work is related to the principles of democracy and dialogue. The democratic way of life can be seen as living together in a way that maximizes people´s equality and freedom in order to combine individuals´ different abilities, skills and knowledge for the flourishing of the whole society. Core to the democratic way of life is dialogue. In dialogue we attempt to achieve these fundamental goals of equality and freedom as we also aim to gain a better understanding of the topic we are discussing, other people and our own thinking. Therefore, dialogue can be a powerful approach in youth work. But how is democracy related to the goals of youth work? How could dialogue and dialogical skills promote empowerment of young people, intercultural dialogue and social inclusion?


Michele di Paola (IT). Michele’s card says: learning experiences designer. He is a trainer and consultant with many years of expertise in youth work, working with groups, schools and institution in Italy (where he lives) and all over Europe. In these last years his activity is focused mainly in using games and videogames as learning tools, in exploring the boost that digital tools can give to human creativity and learning processes, in empowering kids to use computers and digital media to create their own contents, games and apps instead of... being used by someone else’s products.

Michele’s TF Talk will be entitled: Empowered to empower: our role in digital youth work. Youth workers need to be empowered in digital youth work, to be able to empower youngsters to "be digital” in a positive and meaningful way.  In this talk you will hear… some good practices in this field, already in use in several European Countries; some numbers and researches on this phenomenon;  some possible topics for interesting debates on doing youth work (also) in a digital way; and some very good reasons why we should all consider, as youth workers, to embrace digital tools and digital spaces as one of the many ways and contexts where our youth work could and should be delivered. 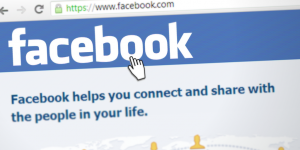 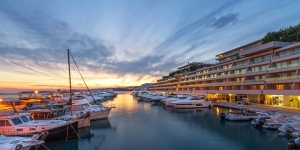 How to get to TF XIII 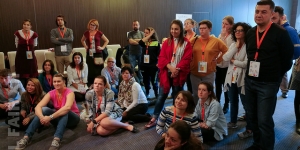 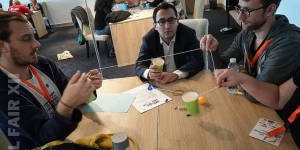 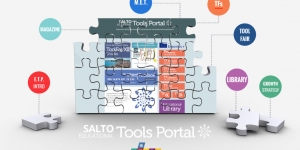 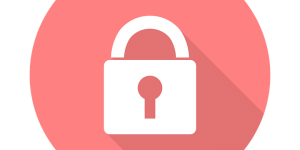