What distinguishes formal from non-formal? Context, application or intention?

Where do methods belong? Does it depend on the context in which they are used? Jonathan looks at a range of situations from his experience.

Perhaps it is the new EU Erasmus + Programme which is stimulating the current debate about non-formal methods and tools. Erasmus + places youth work alongside formal learning activities much more closely than in previous programmes and so perhaps the differences and similarities are becoming more noticeable.

Several of these activities took place in formal education settings.  Recently a professor commented that he wanted to see what I was ‘doing’ with students first thing in the morning that involved so much noise, laughter and generated some positive energy - directly before his lecture.  The term ‘spots of time’ came from a professor specialising in the study of English romantic literature (it was a term used by the poet William Wordsworth).  The un-nature trail came from an American approach to environmental educational called ‘Acclimatization’ – but it was used in the context of a school residential experience where the whole class spent a week away during term time (not holidays).

There are many activities supported by the Youth in Action Programme which are advertised as including ‘non-formal learning approaches’ but much of what we can read suggests that ‘non-formal’ relates to the context rather than the methodologies.  If ‘formal’ learning suggests learning which takes place in institutions; schools, colleges and universities – often, for younger learners at least, compulsory, then non-formal learning might suggest learning which encourages voluntary engagement, follows some of the principles of youth work and which happens outside of institutional boundaries. (Those boundaries bring both resources and restrictions of course.)  And what about people learning in the work environment?   I’ve sat in classrooms to learn ‘accounting for non-accountants’, heard inspirational speeches from marketing gurus and debated long after the bar closed with colleagues about which styles of leadership are most appropriate for the organisation.  All great learning experiences – but are they formal, non-formal or informal?  Maybe that’s a pointless question (a better one might be how useful were they?)  but there does seem to be a misconception that non-formal methods, and the principles behind them, only work in voluntary settings, or community settings.

How do these fit with your understanding of non-formal learning three decades later? We don’t typically think of a private school pupil or an MBA student as ‘disadvantaged’, and its seems that many non-formal learning methods can be used to good effect for different purposes – so long as the ‘educator’ plans, adapts and reviews the activity according to the needs of the group.  But the notion of flexibility still fits.

More recently, Pathways 2.0 - towards recognition of non-formal learning/education and of youth work in Europe, published in 2011 by the Partnership on Youth between the European Commission and the Council of Europe, suggests that in youth work both non formal and formal learning are used and that they have three key features in common: they are structured, objective driven and intentional.  Perhaps these things could be used to distinguish between formal and informal tools?  For example, is there a spectrum from strict to relaxed structure, or personal to external (organisational) goals, or process intention to content intention?

I’m mindful of the difference between learning and education but if I use the same tool for learning in a school, a university, a business, an apprentice programme, a youth club or on a family walk – does that make me a different kind of educator in each case? Or the method a different kind of method?  More relevant perhaps is the group culture and environment into which the non-formal methods are introduced.  Didactic teaching methods tend not to encourage great rapport between students or between teacher and students – but non-formal learning methods do. I often jokingly comment to new groups how amazing it is that they will happily get out of their seats and engage in some strange activity or unusual conversation, simply because I ask them to.  There is a level of trust and rapport that is required to enable non-formal methods to work – and I guess it’s not everyone who can (or wants to) develop that kind of relationship with their learners.  Or maybe it is the institutional contexts which discourage such relationships (in reality…or simply by assumption and reputation).  There is also the difficulty that the person developing the relationship with the learners might also have to become the assessor (or even examiner) of the learners and that might be required suddenly to become quite a formal process.  But that again leads to another question of principle:  do assessment processes have to be formal and non-relational?  For me they should be further opportunities for learning and not just the full stop at the end of a learning process.  It is possible to be rigorous at the same time as engaging, encouraging, exploratory and many others things that seem to epitomise non-formal learning.

So going back to my activity examples, are they non-formal tools because they are offered in a relaxed way, with the intention to engage in a process with ambiguous outcomes?  Or are they formal because some of them took place in the context of a university programme with formally published and assessed ‘learning outcomes’?  In the end I don’t know how important it is to categorise in this way.  Did they do their job?  Were they used to maximize the intended learning with skill and sensitivity?   Surely that is most important? 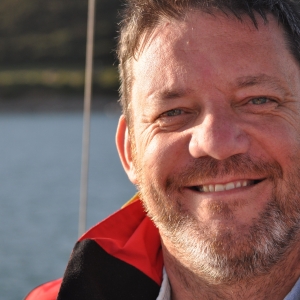 Jonathan is a highly experienced coach, facilitator, trainer, leader and manager.&nbsp; Clients invariably return for more of what he has to offer</p><p>Jonathan's ability to quickly gain an objective overview of a project or organisation, and his ability to develop solutions are key to his company's success. A creative mind, integrity and a commitment to working with all stakeholders combine with a wide experience of partnership working and people development.< 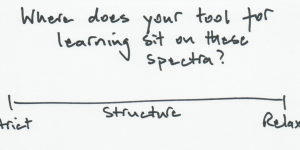 What distinguishes formal from non-formal? Context,... 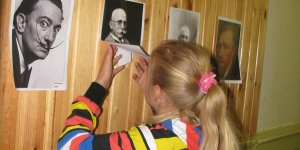 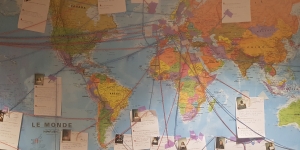 Which are the challenges that youth workers are facing...