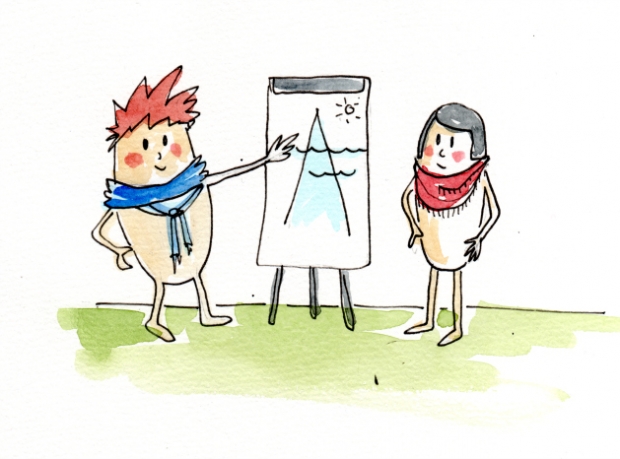 * Characters, institutions, places, events, incidents and Trainers are either the products of the authors’ imagination or used in a fictitious manner. Any resemblance to actual Trainers, living or dead is purely coincidental.

The two writers of this ‘insider view’ are trainers in the European youth field. We were working together some time ago and talking about our lives as trainers, about various colleagues, and our experiences of working with them. As we talked we started to realise numerous trends appearing in our discussion. Many of our colleagues are a little eccentric, maybe even a little strange at times with particular habits and rituals. Much of the time this eccentricity or strangeness is similar or the same among many of us. Through discussions between us and with other colleagues over the last months, we realised that a larger ‘we’ has developed, or perhaps become, our own culture; the culture of ‘Trainer in the European youth work field’! See what you think!

Strangely though, the whole concept of a ‘trainer culture’ can be seen as a contradiction in itself. One of the interesting parts of the trainer culture is perhaps the part that struggles with the concept of culture. If you are a trainer and have ever had to prepare an intercultural learning session, you probably know the struggles of defining culture. What is it? What isn’t it? What is entitled to be a culture? Where does it begin or end? What is the relationship between identity and culture? And so on. And then… then there are the theoretical models and concepts: Iceberg, Onion, Bennet, Hofstede, Jeeves, etc. What do they all have in common and where do they fit in…? Can ‘Trainer’ really be a culture?

Many Trainers dread intercultural evenings. This is an event that has, until recently, been an obligatory occurrence on every training course and youth exchange since the dawn of time. Thanks to our ancestors the style and approach has not changed in decades. And somehow, even participants who have never been on any international activity seem to know about it and expect it. Part of the culture of the Trainer is having a love-hate relationship with the intercultural evening. There is the paralysing fear of having to endure 10 or more incredibly boring PowerPoint / video presentations, each with a verbal 15 minute input about how great someone’s country is. There is also the fear of the super calm nice participant who becomes a nationalistic manic flag waver (sorry, I meant patriot)! Touching said flag without permission and reverence will bring the wrath of god upon you, (usually these flags end the night beer-stained, forgotten and trashed in the corner or wrapped around someone’s head like a bandana). The love part comes in many forms, mostly linked with food and drink. Amazing vodka, pomegranate juice, wine, beer, etc. from all kinds of special places. Delicious sweets, candies, succulent hams and spicy salamis. A gastronome’s dream. There is always at least one participant with that fateful sentence of temptation near the end of the night, “a wafer thin mint sir?”

Trainers and their Language

Some people claim that language is an important part of the culture. Trainer language is very special and certain linguistic characteristics can be easily recognised. The great majority speak European English, enriched with lots of acronyms, TC, NHSM, SO’s, EYC, CME, APV, SOHO, HRE, etc. – in fact the closer the Trainer works with the superpowers (EU/CoE) the less sense Trainer makes to other human beings since every sentence is filled with acronyms, for example:

“I am running a TC at the EYCB on NHSM and HRE which is also operating as a CME, we already did an APV with some of the Pax.”

Trainers and a Dress Code

What of the cultural dress of the Trainer? The way the Trainer looks is a key aspect of this minority culture. There are quite a number of things to be taken into account, from regular clothing items to bizarre accessories. Trainers wears socks, they may be odd socks, mutli-coloured socks, striped socks or socks with cartoon characters, whatever the choice they are loud and highly visible – mostly because the Trainer takes off their shoes. When the Trainer is wearing shoes, she or he likes to wear hiking boots of some description. Summer or winter the Trainer is in those hiking boots or shoes, they are not necessarily a popular brand but comfortable and most often old.

Then there are Trainer shirts! Trainer’s shirts are Hawaii style or simply brightly coloured and exciting, often noticeable from 3km away! If the Trainer is not wearing a Hawaiian style shirt, they are wearing a t-shirt. There are two kinds of t-shirts, there are the ones with strange messages and there are the ones from the organisations and institutions that Trainer works with. With the latter the Trainer is a walking advertisement because of the number of photos that participants and organisers take and post online.

In terms of accessories, there is the wearing of scarfs whatever the time of the year, though the style of wearing differs greatly! There are also the earrings of the Trainer which are quite unique, large and colourful, look for the person in the room with the biggest and most colourful earrings and that will be the Trainer. Red noses make regular appearances among Trainers, pulled out at every, and any opportunity to amuse or make a learning point.

There are two extraordinary accessories that the Trainer has adopted in recent times, one is the Ukulele and the other is some kind of animal. The Ukulele has almost become a trade mark for Trainers. Approximately 50% of the trainer population now has one. It is not just about playing it – though of course strumming a few notes is a huge bonus, it is all about carrying it with you, proudly displaying it for all to see and encouraging others to touch it so they get the virus and want to get one too – go on, you know you want to! The animal has many forms, often made from recycled materials or a fluffy creature from a toy store. They are used as an educational tool or for eating participants’ fears or simply as someone to talk to in the long hours sitting in airports. They are named and they are cared for with a passion.

At the hotel, a room is now booked for 2, one bed for me and one for my Ukulele or my goat called Kacikula. 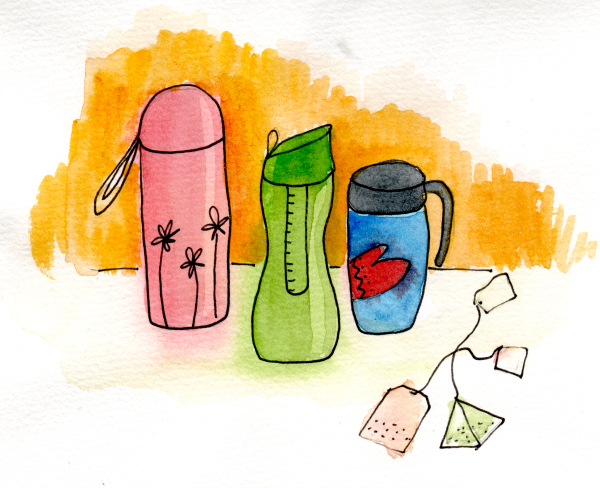 The Trainer likes a drink, what it is doesn’t really matter – as long as there is plenty of it! Now, not every Trainer drinks alcohol but the same applies anyway, whether it be a healthy shake of numerous vegetables or some hard-core vodka from a mountain village – Trainers know how to drink. Another sign that this is a Trainer will be some kind of special bottle or container for water (hydrating is important) and if it is not for water it will be a special thermos for the tea! (A personal blend of course). These bottles are all specific to each Trainer; sliding lids, popping lids, push button lids, screw tops, built-in straw, special retractable nipple… among the Trainers you will find all the latest models.

Trainers and their Equipment

The Trainer likes music to accompany his or her work, classic playlists of the Trainer include: Jack Johnson, the Amélie soundtrack, a bit of Ludovico Einaudi or some other atmospheric background music is a must. At the end of training courses, the Trainer is an expert in combining some deep meaningful music with photos from the week and creating emotions in the participants about their amazing week together – and then handing out the evaluation form! 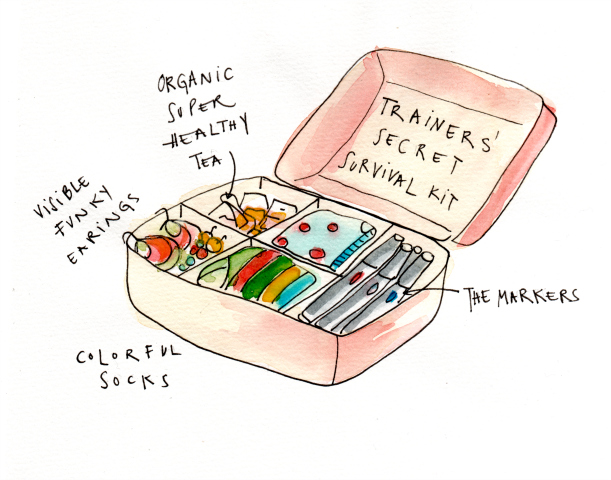 Trainer culture now includes a lot of art work, some call it graphic facilitation and others fancy flip charts. Making the perfect flip chart or poster display has become a bit of a fantasy for the Trainer. The Trainer likes to make flip charts with borders and easily drawn line images coloured in with block crayons or pastels. In order to achieve this the Trainer needs the best stationary. Trainers dream of perfect marker pens, coloured card pre-cut into shapes like clouds and stars, extra big A5 sticky notes, block crayons, and pastels. The nightmare for the Trainer is using other people’s equipment and discovering dried up marker pens or even worse maker pens with the lids missing… many sleepless nights can be recorded because of such nightmarish visions. As a result Trainers will always save a place in their suitcase for stationary and other useful tools of the trade, 4 or 5 kilos of chisel tip marker pens, craft knives, marker pens for drawing on glass, glue, extra fat tip pens, sticky tape, scissors, children’s washable marker pens, pins, paperclips, crayon blocks, refillable marker pens, and of course there is always room for that pack of marker pens for special occasions. Now you know why the Trainer usually wears the same clothes for most of the week.

Trainers get most excited while looking at web sites dedicated to stationary, Neuland is the nirvana that none will never be able to afford but will salivate over. Trainers become almost uncontrollable when entering stationary and arts shops. Generally the Trainer should not be left alone in such situations for fear of inflicting serious damage to her or his bank account!

Additional Trainer resources packed in that already crowded suitcase would include Dixit cards – set number 2, Rory’s Story Cubes and probably the game of Wolf or mafia. All of which are used to get participants deeply reflecting or keeping them occupied while the Trainer is in their eternal team meeting that goes on every night.

In the next instalment find out about the relationship between Trainers and social media, their language, their beliefs, and their attitude towards formal education.

Please use the comments box below to show your reactions! The most interesting remarks may show up in a future article! 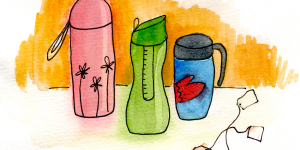 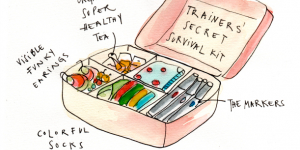 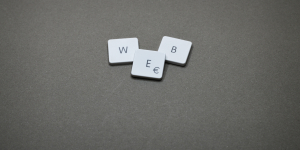 DEAR DIGITAL CITIZENSHIP, WE SHOULD TALK 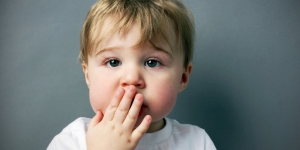 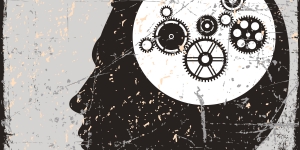