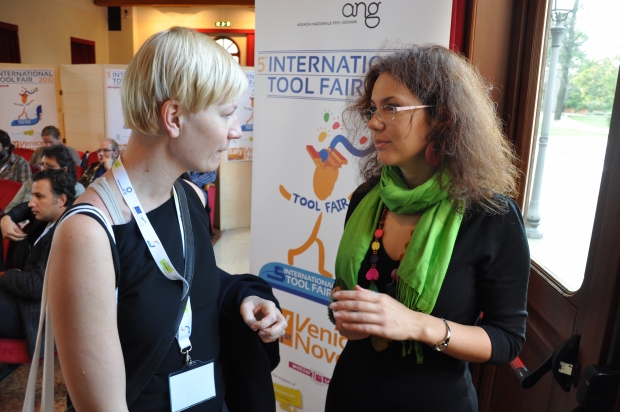 In the first edition of the Tools for Learning magazine Bernard Abrignani wrote an article about the history of the Tool Fairs – there have been seven so far and the eighth will be held in Delphi, Greece. In this edition we thought it would be illuminating to have a follow- up article asking organisers what they felt about their involvement, what surprised them, what they learned and even what their wishes would be for the future. Most of this is in the original voice with a few guiding comments.

Many thanks to all the organisers who responded so generously to a short questionnaire with their thoughts, analyses and suggestions: Stéphanie Henry, Clement Dupuis, Andres Abad, Bernard Abrignani, Zeynep Tugce Ciftcibasi Guc, Branca Pimenta, Saro Rossi, Ülly Enn, Anna Kuzina, Davide Tonon, Andrea Messori and Dominika Jagiełło. Apart from where absolutely necessary to understand the context, quotations are given without reference to the actual fair. All the responses put together would fill around 15 pages!

So, what is the task facing an organiser?

With the support of lots of others, they have to create a 3-4 day event with over 100 participants, National Agencies, SALTO’s, local partners and... and... and... It has to be educational, innovative, cultural, fun... The list of expectations is long and even a bit challenging. Everyone referred to a feeling of great responsibility when approaching their task. As one organiser wrote, his mandate was like the dishes proposed for a big meal:

To what extent did their expectations match reality?

Especially at the beginning, the organisers were working in “unexplored territory” and most of them had never been to a Tool Fair before. So let’s see to what extent their experience matched their ideas beforehand...

I had no idea! In fact, it was the first Tool Fair to be organised and we didn’t know where we were going. But we knew it was relevant; it was answering needs expressed in different places such as (international) courses and seminars.

Before, I figured it could become a chaotic mess with interesting inputs, but in the end it turned out to be organised chaos, which is the starting point for any creative process. It was what I had in my mind; the reality was never different; a good concept is not corrupted but always enriched by the reality of what each partner is able to offer.

It was a truly inspiring but also challenging experience to work in such diverse and big co-ordination team for the event on an international level, to co-ordinate the programme in all of its diversity and to see in reality all those funny little aspects we included in the programme, to bring some specific “Estonian” touches to the event (from visual identity and reflection approach to a communal singing event where approximately 100 participants were all trained to sing a famous song in Estonian, under the guidance of a 19-year-old conductor).

What surprised them the most about running the Tool Fair?

Mostly there were pleasant surprises...

The biggest surprise is that it still exists and is so much requested! It is clearly an answer to a need.

The unflagging interest and commitment of everyone: people were ‘plugged in’ all the time, participating, contributing, giving feedback, running from one activity to another, almost restless. I didn’t expect so much energy, interest and generosity from all the actors involved.

It is like a Think Tank with a BIG heart and a limitless fantasy. For me, this is a beautiful example of an activity format, a module that has no risk of stagnation. It’s good that the Tool Fair module is under constant development (and that the organisers are not just staying in their comfort zone).

My lack of confidence about my duties as organizer, the absence of communication by the NA in the preparatory phase. It resulted in a lack of coherence between the draft programme and the final programme.

And one even had to contend with this:

The change in the venue from the university to a hotel!

And there were even some quite strange things...

I remember quotes that were put everywhere by a person called “Paavo”. I didn’t know him, but I felt it was such a great idea.After, once I got to know Paavo, I understood better his innovative competences.

The first night at the welcome cocktail we asked participants as dress code to wear a Tool Fair mask. A great number of participants showed up wearing a mask with the face of one of the trainers. For a moment I started to believe in trainer cloning!

(One thing was) strange in a good way: to have a non-formal education activity in an amphitheatre of a university - which is not the easiest place to move and to interact. For one, it was just so long ago that I don’t remember!

If they had to describe the Tool Fair as a colour or a smell, what would they choose?

In terms of colour, green and red are the clear favourites! Rainbows and apples and orange and stone brown and warm purple and white are also represented And there were even more poetic images, such as:

We decided to choose light blue as the core colour for the Tool Fair in Estonia when planning its visual identity, to bring in the associations with the senses of fresh air, blue sea as a living organism, inspiration from dreams (in Estonian there is an expression: like a light blue dream....).

A fresh fruit waterfall of smells and taste

And with the colours come the evocative smells:

What do they think has been the major development made by the Tool Fair?

Firstly, the Tool Fair is seen as having a wider impact than on just the people directly involved:

During the Youth In Action Information Officers Staff Training Awards, the Tool Fair was cited as an outstanding example of DEOR (“dissemination and exploitation of results”). A contribution to the non-formal education field by showing the know-how and the creativity of its actors.

Secondly, some of the organisers see the development in the internal working of the Tool Fair itself as being very important, how all the different actors and elements are combined in an intricate Tool Fair “machine” as one of them put it...

For me the climax of Tool Fair was the improved quality and the impression of a balanced combination of the recipe’s ingredients: the workshops (useful, creative and inspiring tools for learning were presented, with the support of critical friends’ coaching and feedback, plus peer evaluation), the market (free learning environment for sharing organisational tools and experiences),the Open Space Technology (energetic space for brainstorming and discussing new ideas and tools), the inputs of the tools for learning strategy working group (sharing-reinforcing a common understanding and a stronger learning perspective) and, last but not least, the group activities that tried to combine the local atmosphere with the participants’ energy.

Ah, there is so much more that one could report here! Unexpected outcomes like the impulse given to the creation of the EuroMed Centre in Turkey... the enormous growth in organising experience and skills for all concerned... Maybe we can check in again with the organisers in 2020 – and see how they rate their participation in A great adventure!

Did you know that?

Transformational learning emerged with the study works of Jack Mezirow (1981, 1994, 1997). Three common themes characterized Mezirow's theory of the mechanism of transformational learning: experience, critical reflection and rational discourse. Could/should those three elements be part of our Tools for Learning? 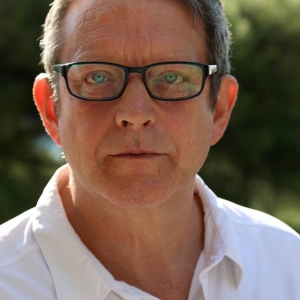 Mark is a relatively nice dinosaur who freelances and plays ukulele from his current base in Strasbourg, France. He is involved in the via Experientia consortium which sets out to expand experiential learning and research. Otherwise, you can find him around the place facilitating meetings, training, running workshops and consulting organisations. One of his passions is to be found in writing what he hopes are useful educational publications. A founding member and now editor of Coyote magazine, he is also editor of the Tools for Learning magazine. 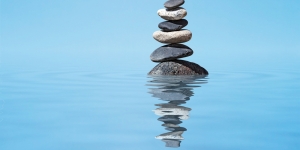 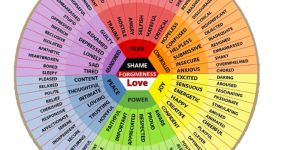 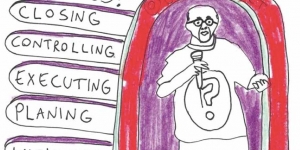